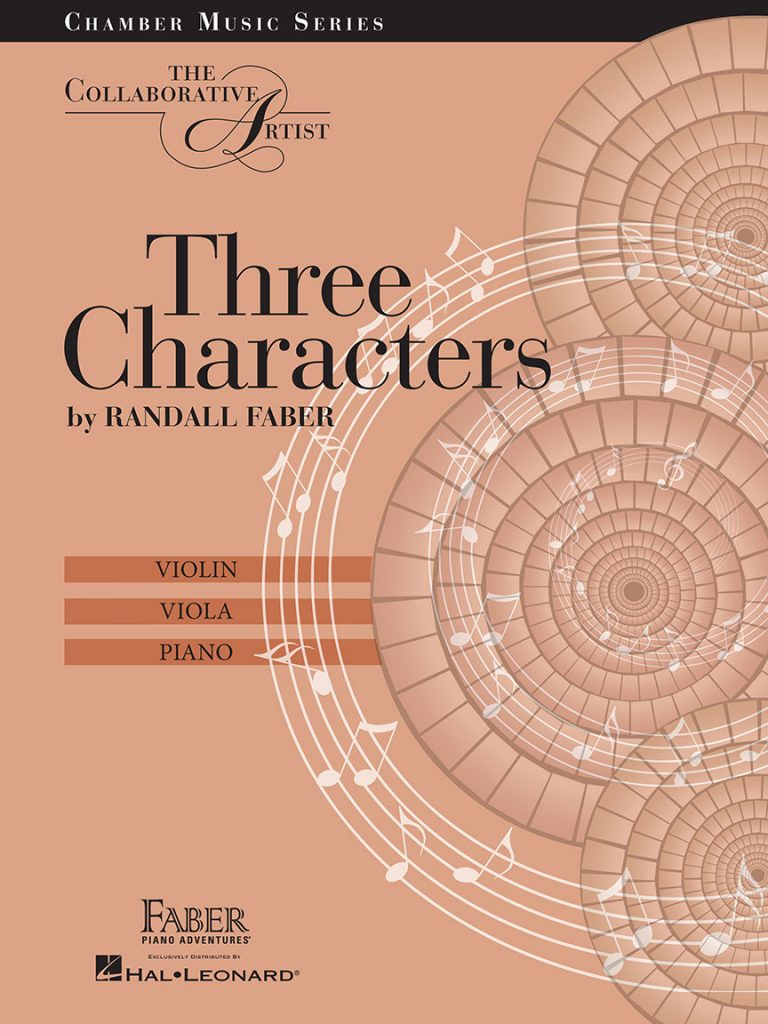 Composed by Randall Faber, this work was commissioned by Music Teachers National Association to feature and promote collaborative music. It was premiered at the 2016 MTNA National Convention.

A listener may presume the Three Characters to be portrayed by the three instruments of the trio. Instead, the characters manifest in the unfolding sections of the work, ultimately depicting three aspects of the human persona: serenity, emotion and action. The simplicity of the opening develops with hint of a plaintive call. The middle section settles in rhythmically to present emotional reaching to the divine and the divine reaching down. The final section, a chromatic fugue, weaves an unrelenting twelve-tone subject with the plaintive theme in a forward drive of raucous activity.