You are here: Home › Blog › Motivation › Pandemic, Politics, and Piano 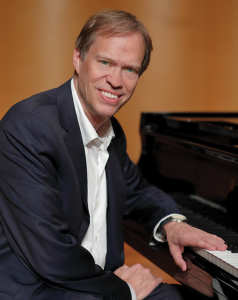 And “piano?” Is this seemingly misfit word pertinent? Indulge me to share a few personal stories of pandemic, politics, and piano—and then consider this trio of dynamics philosophically.

Just a short year ago in Ann Arbor, I was dining out with pianist Emanuel Ax and a key Director of Pfizer. Together with the local symphony manager, we discussed Pfizer’s invention of Lipitor and the process of clinical trial testing. We didn’t yet know that within a year Pfizer would be producing the vaccine for a worldwide pandemic. “Manny” had his concerto score in his backpack, and I could sense his eagerness to get to the hall for practice. His dedication and personal process to maintain artistic excellence was an interesting parallel to the dedication and organizational process of scientific achievement. Just a few months later, concert halls around the world closed and tours were cancelled. We awaited Pfizer’s vaccine, thankful for well-practiced organizational excellence.

Rewinding a year prior, I was privileged to dine with Korean and Chinese ambassadors, the United Nations Secretary-General’s wife, and a few prominent business leaders in Beijing. Why was a pianist from America attending, even giving a toast and greeting the Premier of the Peoples Republic of China? A seeming misfit to politics, perhaps. But the Korean Chamber Orchestra brought together art and politics. It bridged a peninsula, bridged a vast ocean, and bridged political cultures. Minds and Hearts were being connected through music.

Fast forward to late January of this year 2020, I was privileged to adjudicate for the Macau International Piano Competition. As my fellow jurors arrived from Germany, Italy, Spain and Australia, we were hearing mere rumors of a novel bird flu. Upon departure from China, the joyous experience of musical celebration among the thousand participants now refracted through the mind-bending lens of global contagion. I roamed airports in Asia under watchful eyes and temperature checks, returning from China only days before the travel ban. Art bridges cultures, ideas disseminate, and the material physicality of viral transmission upends human connection.

My voluntary two-week quarantine gave opportunity to reflect on the pandemic, politics and… piano. On the first day of the governor’s stay-at-home order, we began a five-part webinar series, Beethoven in Isolation. With the world in isolation during the 250th anniversary year of Beethoven’s birth, his deafness became oddly palpable, the Pathétique Sonata took on deeper pathos, and analogies of musical form and phases of pandemic began to emerge. Normalcy is disrupted by episodic sections, but the A theme reemerges, eventually triumphant (see faberpiano.com).

A pandemic virus—microscopic yet brutally demeaning—represents physicality at its most base. Politics arise in humanity’s quest for survival and power. And then art, the soaring aspiration of human spirit. So where is the piano in this continuum? It’s manifestly physical, yet a vehicle for transcendence. The instrument is both grounding and uplifting. Deluged in work-at-home or learn-at-home screen time, we’re restored by the tactile, tangible, and sonorous. This is more than a welcome relief. For many, piano is an actual rescue from the shrinking visual field of two-dimensional screens and the indignities of digital disruption. It grounds us, and then carries us beyond the ordinary.

The worlds of pandemic and politics loom large, beyond personal zones of control. The piano, in contrast, can settle us into a zone of self-agency. The instrument tames under our control as we reach toward art. Our ability to control life and social change may be limited, but we can command our instrument. Indeed, our musical instrument exists to be mastered.

On days when piano takes a front seat over pandemics and politics, control of our attention returns. We become masters of our own volition. We see our humanity in new light, aspire to artistry, and help our students look upward. As the musical arts lift our gaze beyond self toward transcendent beauty, we may even catch a glimpse beyond.

50 Responses to “Pandemic, Politics, and Piano”